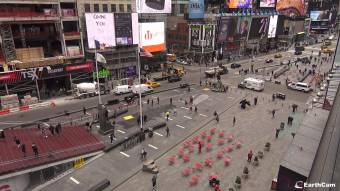 
The current weather forecast for New York City in in cooperation with wetter.com: